Our âHistoricalâ tour extension delivers a fascinating 3 day/3 night experience for guests who would like to visit additional locations with a historic bias.

The fascinating Ruined Royal City of Medina Azahara, the imposing fortress of âLa Motaâ, the Baroque town of Priego de CÃ³rdoba and the walled City of Carmona are packaged together to make a wonderful extra few days to your tour.

Your accommodation is either the Villa or one of the Antequera Hotels for 3 nights. 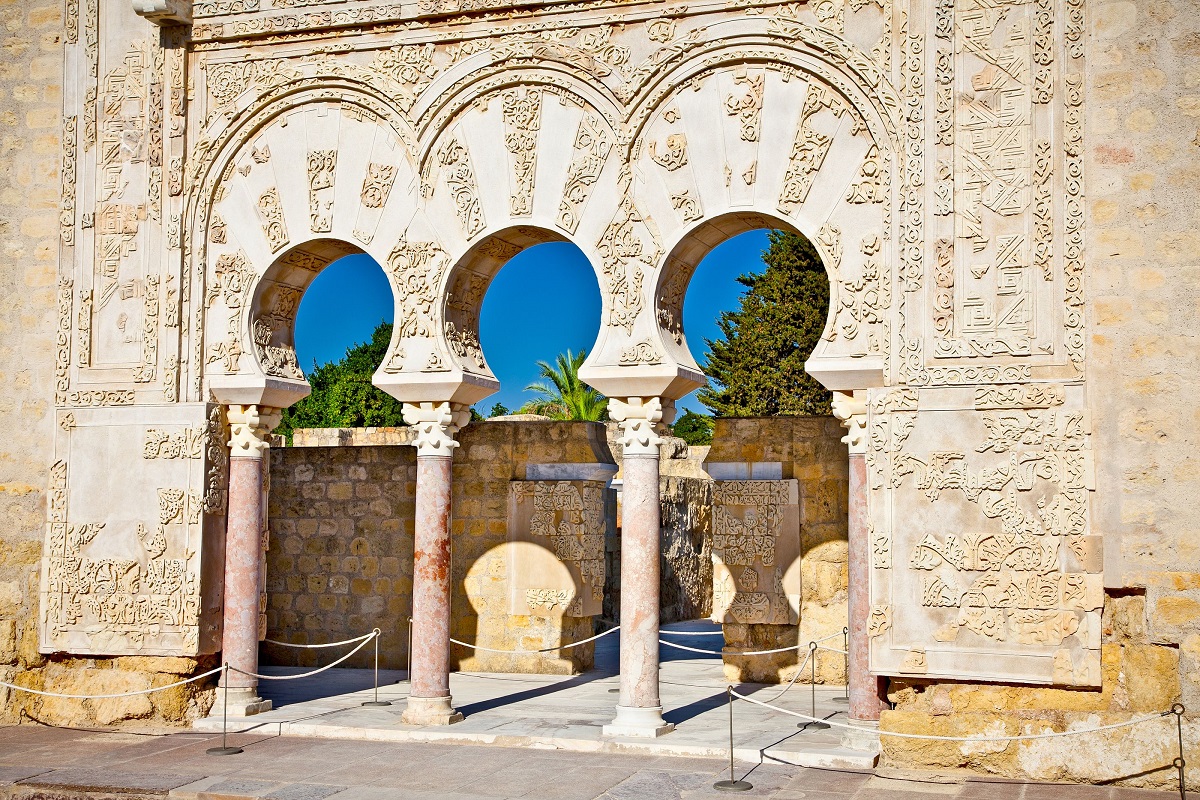 After breakfast, we depart for the ruined Royal City of Abd al-Rahman III (891AD to 961AD), the most powerful ruler of al-Andalus who claimed the title of âCaliphâ (Ruler of the Islamic World). Known as the shining City ‘El Ciudad Brillante’, Medina Azahara is now a large archaeological site. It was constructed as a vast, fortified Palace City on the western outskirts of CÃ³rdoba. Building started in 936 AD and at its height, it was said to be the most beautiful City in the world, with marble and limestone buildings, red granite floors, stunning arches and water features. It became the defacto capital of Islamic Spain and the heart of the administration and government was within its walls. The main reason for its construction was political and ideological. The importance of the Caliph required the establishment of a new city. It was a symbol of his great power. Legend also says that it was built as a tribute for his favourite wife ‘Azahara’. A superb new museum on the edge of the site has been built low, with much of the space underground, to minimize disruption to the views of the landscape. In the afternoon, we visit Antequera and the Dolmen Burial Chambers. According to the available information, they may be more than 6,500 years old. Recently declared a Unesco World Heritage site, it comprises three megalithic monuments: the Menga and Viera dolmens and the Tholos of El Romeral. The three tombs, buried beneath their original earth tumuli, are one of the most remarkable architectural works of European prehistory and one of the most important examples of European Megalithism. After the visit, we return to your accommodation.

After breakfast, we depart for the beautiful SubbÃ©tica National Park and the Baroque town of Priego de CÃ³rdoba. In addition to the pretty narrow, flower lined lanes that radiate out from the large fortress, the town has the most splendid display of Baroque houses and churches. It is called the ‘City of the Water’ because of the many springs and also the ‘Jewel of the Baroque Native of CÃ³rdoba’ for its beautiful Baroque Architecture. The Olive Oil from Priego de CÃ³rdoba is highly prized, winning many of the most prestigious prizes in international competitions. Venta del BarÃ³n recently winning the title of best olive oil in the world for three consecutive years. Niceto AlcalÃ¡-Zamora y Torres was born in Priego. A Spanish lawyer and politician, he served as the first Prime Minister of the Second Spanish Republic, and then from 1931 to 1936, as its President, until the start of the Spanish Civil War. His house is now a museum and well worth a visit, giving a good insight to the lead up to the divisive war. We make the short journey to AlcalÃ¡ la Real, where we take lunch and then visit the fascinating fortress of the ‘Castillo de la Mota’. As you approach La Mota, it is clear how it dominates the area for miles around. One of the most complex fortresses and defensive borderland settlement in al-Andalus, its power radiates out. As you enter the fortress, you are taken back to medieval times and can envisage how life was living in place where conflict was a regular event. After the visit we return to your accommodation.

After breakfast, we depart for the walled City of Carmona in the province of Seville. Built on a ridge overlooking a huge central plain, to the north is the Sierra Morena mountain range. Carmona was originally a Tartessian settlement. With the arrival of Phoenician traders from Tyre in current day Lebanon, Carmona was transformed into a City. Centuries later it became a Roman stronghold of Hispania Baetica. It was known as ‘Carmo’ in the time of Julius Caesar (100â44 BC). The city was made even more impregnable during the long occupation of the Moors, who erected walls around it, and built fountains and palaces within. The town has a historic centre full of single storey houses, snaked by cobbled alleys and narrow passageways. The Parador of Carmona is beautiful and here you can take coffee in a stunning setting. For lunch, try eating in the Carmona Old Town Market. Carmona has an ancient Carthaginian/Roman defensive gate, the Puerta de Sevilla, built around 220BC and incorporated centuries later into an Arab fortress. After the visit, we return to your accommodation for your final night.