The âWalkingâ tour extension is a 3 day/3 night experience that takes you to walk on some wonderful ‘Senderos’ walking routes in AndalucÃ­a. We have a range of walks to suit all standards.

In addition to undertaking some of the lovely walks, we also include visits to some of the beautiful âPueblos Blancosâ of AndalucÃ­a.

Because some of the walks are on disused railway tracks, they are also used by cyclists and, if you wish, we can bring bicycles along if you would like to have a bike ride on them. 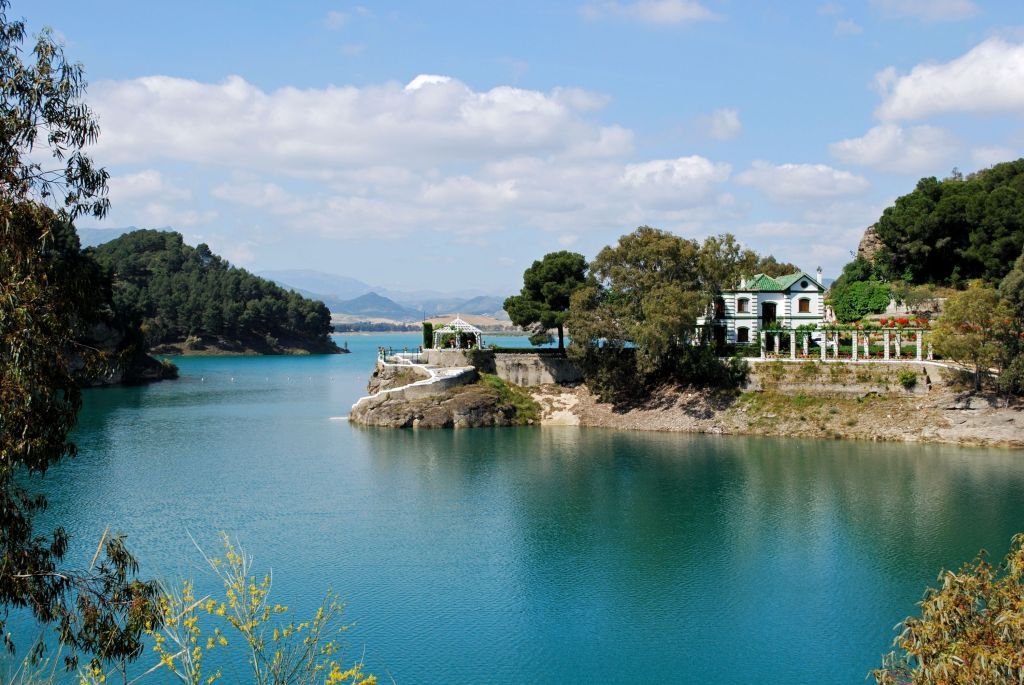 At 09:30, we drive to the Ronda area to walk on one the most popular walks in AndalucÃ­a, âMr Hendersonâs Railwayâ. Mr Hendersonâs Railway walk is particularly popular because it is long enough to be a challenge for some, but short enough to really enjoy the walk and see some lovely nature. In the 1890’s, a railway was built by the Algeciras (Gibraltar) Railway Company to connect to the existing CÃ³rdoba to MÃ¡laga line to give access to Madrid and Europe. The visionaries behind this line were a British Engineer John Morrison and Captain Louis Lombard, backed by the wealthy financier Sir Alexander Henderson. The line is constructed through some of the most difficult terrain in the Iberian Peninsula. Look out for goats and black pigs that frequent the area. After the walk, we visit Ronda, where you can have lunch and enjoy some free time. Ronda was first settled in the 6th Century BC by the early Celts naming it Arunda. The current Ronda, though, is of Roman origins, having been founded as a fortified post by Scipio Africanus. Ronda received the title of city at the time of Julius Caesar. Ronda’s area became the base first of guerrilla warriors, then of numerous bandits, whose deeds inspired artists and folklore. The iconic Puente Nuevo Bridge, towering 100m above the river below, spans the two parts of the town and the famous bullring, now a museum, is the oldest in Spain. Late afternoon we return to your accommodation.

After breakfast, we depart for the Via Verde de la Sierra. Set in beautiful countryside, the Via Verde de la Sierra is a 36km disused railway line that was built between Olvera and Puerto Serrano in the 1920âs. For political/financial reasons, the tracks were never laid and it is now used by cyclists and walkers. It passes through areas as spectacular as the PeÃ±on de ZaframagÃ³n,the largest vulture reserve in AndalucÃ­a and one of the most populated in Europe. There is a Visitor Centre on the route. We take you to an access point from where you can walk a 10km stretch of it to the mid-point station at Coripe, where you can have lunch. After the walk we drive to the picturesque ‘Pueblo Blanco’ of Zahara de la Sierra, set high above the reservoir for a short visit and admire the spectacular views. The village was originally a Moorish outpost, overlooking the valley. Due to its position between Ronda and Seville, it was a perfect site for a castle to be built to serve as a fortress in case of attack. The remains of the Moorish castle still exist. After the visit we return to your accommodation.

After breakfast, we depart for the SubbÃ©tica National Park and a walk on the Via Verde del Aciete in the province of CÃ³rdoba. Another picturesque setting with surrounding mountains, you can walk or cycle this Via Verde. Via Verde means the Green Route. After the walk we have lunch and a wander in the white village of Zuheros. A small village of around 640 inhabitants it is famous for its cheese. Many consider Zuheros to be one of the best of the white villages, even going as far as to claim it the most beautiful village in the world; “el pueblo mas bonito del mundo”. We make a short afternoon visit to the Baroque town of Priego de Cordoba. Priego is found on the Ruta del Califato trade route of the Caliphate. It is called âCity of the Waterâ because of the many springs and “Jewel of the Baroque Native of CÃ³rdobaâ for the multitude of its Baroque style buildings. The SubbÃ©tica National Park is the Mecca for Olive Oil, producing some of the best oil in the world and, in particular, the Olive Oil from Priego de CÃ³rdoba is highly prized. Venta del BarÃ³n recently winning the title of best olive oil in the world for three consecutive years. Niceto AlcalÃ¡-Zamora y Torres was born in Priego de CÃ³rdoba. A Spanish lawyer and politician, he served, as the first Prime Minister of the Second Spanish Republic and then from 1931 to 1936, as its President, until the start of the Spanish Civil War. His house is now a museum and well worth a visit, giving a good insight to the lead-up to the divisive war. After the visit we return to your accommodation for your final night.